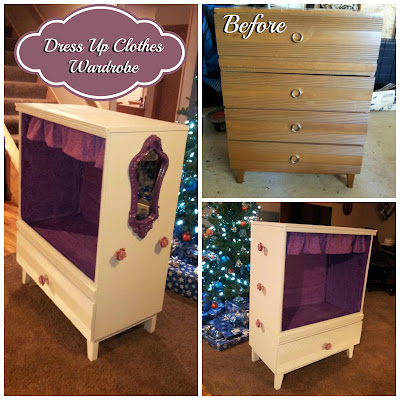 My husband's niece LOVES playing dress up! For Christmas 2012 (she was 4) we decided to make her a dress up clothes wardrobe. I had originally seen the idea on Pinterest and followed the link to Rambling Renovators.

We purchased an old dresser off of our local Facebook For Sale Group. I think we paid $20 for it.


The first step was to remove the top 3 drawers. (I recruited my husband for the first few steps!)

Next, he added a piece of plywood over the bottom drawer to create a floor, removed the old drawer pull, and filled the holes with wood putty. We also decided to take the extra trim-type piece of wood (from between the 1st and 2nd drawers), and move it down above the bottom drawer.

We purchased some decorative trim from Menard's and added it to the front edges (top and sides) to give it a more finished look. Then, I spray painted it white. 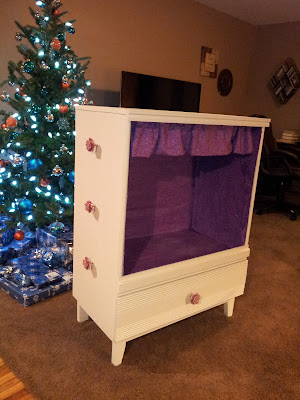 The next step was to finish the inside. I would have just painted it purple (Mylee's favorite color), but there were grooves from where the drawers had previously slid in that I wanted to cover up. I liked the idea of using wrapping paper like they did on Rambling Renovators but was afraid it would tear easily. I decided to use fabric. This was a BIG mistake! I purchased the fabric at Hobby Lobby and spent more than I would of liked. Cutting it to the correct measurements was difficult because there were some wood pieces on the inside that couldn't be removed. I used a spray adhesive to attach it to the inside, and it was a huge disaster. It was impossible to smooth it down without getting adhesive on my hands, and of course then the fabric wanted to stick to my hands instead of the wood. I got really frustrated with the whole thing and left it for quite a while! After getting the fabric inside the bottom, sides, and back I decided to skip the top and just add a little curtain. The time it took me to make that was much less than trying to glue more fabric to the top! So, if I ever make one of these again I would definitely go a different route for finishing the inside. Wallpaper possibly?

We also purchased a metal closet rod from Menards and cut it to fit the inside (you can't see it in the picture, but that's where the hangers go. 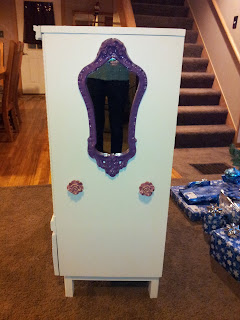 I scoured local thrift shops and found a neat old mirror that I painted purple and hung on the side. I also purchased a set of flower knobs off of Amazon. I used one for a drawer pull and attached the others on the sides to hang hats, necklaces, scarves, etc. 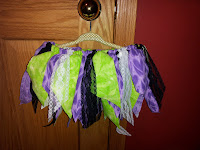 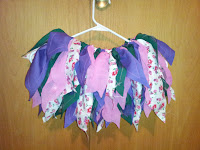 I also made some dress up items to put in the wardrobe. I found a tutorial for the scrap fabric tutus pictured above at Create Kids Couture. 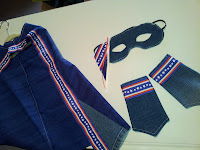 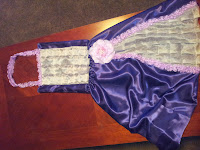 I sewed the purple dress and the super hero cape from scrap fabric. 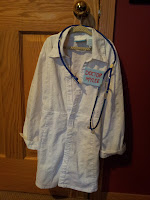 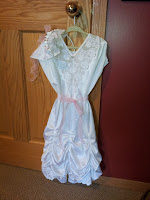 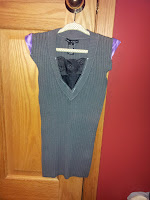 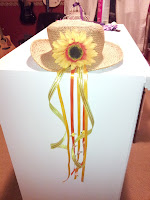 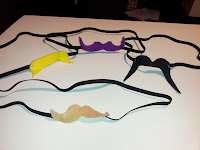 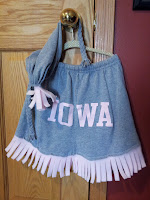 The white dress is an upcycled women's slip. The gray dress was made from a women's sweater. The doctor jacket was a women's top. I added flower and ribbons to an old hat. Iowa skirt and hat from sweat pants. I got the idea for the mustaches here.

I also got some Halloween costumes on clearance and threw in some old costume jewelry. 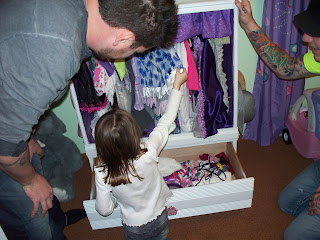 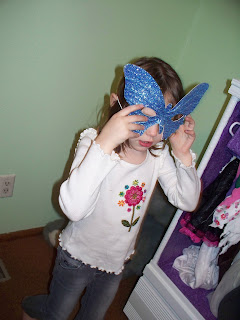 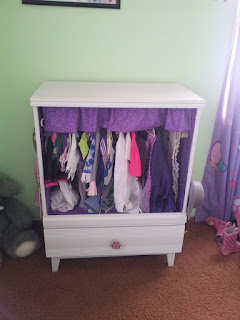 Mylee absolutely LOVES it! It's been 8 months and she still plays with it almost everyday. The project was definitely worth it, and I'm really happy with how it turned out!